It was always necessary to maintain order and discipline on the battlefield, and many methods were developed for this. It is very important for the commander of the battlefield to be able to control his forces during the battle. Before we had modern communications, such as radios, primitive methods had to be used. One of the first was the use of flags and sounds similar to trumpets and screams. The commander had to make sure that his people understood what they should do with each given signal, and that the signal was clear and clearly issued at a particular moment. The troops knew how to gather around the flag when they saw it on the battlefield. The envoys knew that the commander was somewhere near the unit’s flag, and if they could find him, they could find him.

The problem is that the enemy also knew this, but they really did not have the long-range weapons necessary to get to the commander and touch him. As from SOFREP,modern troops can destroy anyone they see so that troops do not carry flags during battles. However, when the unit is at rest, this flag is used to display the location of the commanders. One thing that modern armies use to reduce confusion on the battlefield is standard operating procedures (SOPs). The SOP of the unit is a clear and concise guide that informs the troops and commanders of the actions to be taken in various situations.

The use of smoke can be standardized so that the squad knows that if he sees purple smoke, he must perform a certain action. The same goes for pyrotechnics, such as star clusters or lighting shells. The best action a commander can take is to use the same smoke for the same message from one battle to another so that his troops know by heart what is expected of them. Changing values ​​or signs will only confuse your troops. Units use radio traffic to communicate between elements of their headquarters. Radios that transmit signals over long distances tend to be large and bulky and require an external power source. 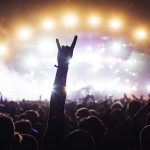 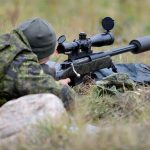